When Life Hands You Marshmallows 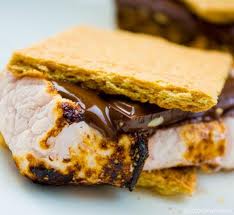 We all have heard the saying “when life hands you lemons, make lemonade”. I had this thought the other day, “what if life hands you a marshmallow”, what are you going to do then? What I mean by this is; what if you are handed life on a platter where everything has been given and done for you in a nicely wrapped package?

I have been reading about how adversity builds character, courage and confidence. I am in agreement with these thoughts. In searching through my experiences and encounters I remembered a young lady I had the pleasure of working with while I was a counselor in a mental health unit when I was in college. She was a patient there due to her addiction to heroin.

She came from a very well to do family, I would estimate probably from the upper 5% in income in our country. It would be fair to say that she had it all, envied by most her age. Her parents had provided richly for her since she was born. She had the best education, clothes, lifestyle, beach apartment, cars, and huge cash allowances. Living the lifestyle of the rich and famous. When I first meet her she was cold and angry, so sad to see such an elegant beautiful young women wasting her gifts. No one at the facility was getting through to her and most just let her broad away in her room. My heart was saddened to see her be so reclusive and cold but I knew she needed to clean up her act and take back control of her life and addiction. So I followed my natural instincts and decided to start leaving little notes in places she could find them. She would read them and put them in a folder she had in her room. She started to ask other patients if they had left them, realizing that they should not have access to her room. She then asked her doctor if he was doing it, also staff members, and the list grew on and on, but she never asked me. Finally one day her doctor asked me if I was the culprit and I fessed up to it. He asked me why I was doing it and I explained no one seemed to be able to touch her in a therapeutic way that would lead to a meaningful dialogue, which in turn would lead to a recovery process that she desperately needed. He asked me what the notes I was leaving stated. This was my response to him. It is between the two of us and only when you get her to tell you what the notes say will I tell you if it’s true or not. Talk about pissing a doctor off! I accomplished what I set out to do since I now had the two most important members of this process engaged. He was hell bent on finding out what I was writing and she was hell bent on finding out who was leaving her the notes. As for me, I was basking in the process. See that’s the imp in me coming out, stirring the kettle.

A week or so went by and I was still keeping up with my little notes to her. I guess one day the doc gave in and told her who was writing them. She had always kept to herself and in her room, but on this day when I going to get report, out of the corner of my eye I caught someone moving rapidly towards me. Low and behold it was my girl! She had makeup on, hair done, looking sharp, running, skipping, hopping towards me with a huge smile on her face (the smile was the most rewarding). She put her arms around me and said, “yes”! The tears were streaming down our both of our faces. Needless to say the entire staff, doctors included, wanted to know what I had written on the notes as it had become a topic of conversation in the unit for the past week. So here’s the reveal:

She told me later that I had her when I used the word “special” but she wanted to see what else I would come up with, so she waited, not knowing at the time who was writing these notes. We went on to have a great relationship. She opened up to me in such a rewarding way for both of us. She shared how she didn’t feel special in her relationships with parents, teachers, boyfriends, friends or others around her. All anyone had ever done was give her things. She felt like she hadn’t earned any respect from others but more importantly she hadn’t gained self-respect. Her heroin use was a cry for attention that went terribly bad! She explained how her parents gave her everything but the one thing she needed most which was words of praise and respect.

We had a sit down heart to heart with her parents where she worked up the courage to share her inner most wants and needs with them. Tears were shed but words and listening are what heals and produces results in us all. Her family committed to a plan of action that created an environment for her to thrive. Little notes that produced a huge result for a family.

Here’s the point to ponder upon: Would you rather be a lemon and make lemonade or be a marshmallow and makes s’mores? I think they both have great qualities to offer. S’mores are messy, sticky and take more work to produce, just as life does, which is the point I’m trying to make. I think adversity does build character traits that can be inspiring but sometimes when some people that have it all, what they really need are challenges and a support system to advance meaningful life events.
I think about all the celebrities that have garnered the limelight, have it all going their way and then struggle with addiction and erratic behavior. I wonder are they bored or are they crying for attention? The lessons learned from this are; should we be building challenges and self-confidence through the daily activities we present to those we encounter? I think the answer is yes. As parents, teachers, and influencers in society, we have a duty to each other to make sure that we are not enabling others to be dependent on us. There’s way too much of that being done in our culture now.

So I think for me, I’ll have some lemonade with my s’mores!