What We Speak Matters 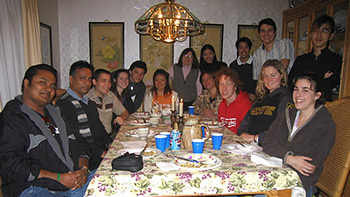 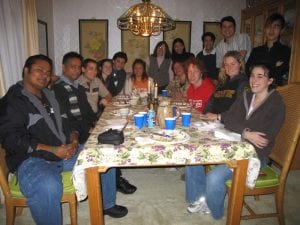 This past week my wife and I decided to stop and have a bite to eat at a local restaurant here in Austin. We were seated at a table next to a group of college students. This is not an uncommon occurrence here as there are a number of colleges in town besides the University of Texas. What drew my attention to this particular group was the language being used in their conversations. The group consisted of 5 young men and one young lady. My wife and I consider ourselves as tolerant and accepting folks, open to new ideas and exchanges. We have a clear understanding of group behavior and dynamics and all that it encompasses. I’m explaining all this so that I can justify myself as not being a prude or intolerant of people, any how here goes. We were seated close enough to this group of kids to over hear parts of their conversations, particularly one young man that kept using the f-word repeatedly with much robust and volume. In over hearing them I started to take notice he was not only one, it was the entire group including the young lady. It really wasn’t that I was shocked, I think disappointed would be a more accurate description. I didn’t say anything to the group, but I would have if my grandchildren were with me. I started to think about a man that I have always admired and respected, Mr. Bill Cosby. When I was young and in the entertainment industry I had the distinct pleasure of attending a charity basketball event where he was speaking. He is and has always been a hilarious comedian but on top of that he is also a very deep thinking and caring man. I sat right behind him when he was on the bench and was able to hear his interaction with the other celebrities and fans through out the night. He was very nice and kind to those who approached him. It impressed me so much that I have continued to have a life long admiration of him and have followed him ever since. Now let’s get back to the point of all this. In 2004, Mr. Cosby addressed a group at The 50th Anniversary Commemoration of the Brown vs. Topeka Board of Education Supreme Court Decision (the entire speech can be read here: http://www.eightcitiesmap.com/transcript_bc.htm. In the speech he is highly critical of the youth and the social habits that they perceive to be acceptable. He is mainly pointing a finger at the black community, which brings me to my observation. It is not a race issue; it’s an issue of good manners and judgment. Why in the world does anyone feel that they would have to emphasize the use of the f-word in a conversation? The kids I’m talking about by all stretch of the imagination come from good economic conditions. We were not too far from a major university campus so I will take the liberty to assume that these kids came from that campus. Their parents have spent a great deal of money and resources to send their children to college to receive a stellar education. I wonder what their parents would think of them sitting in a restaurant talking like this? That’s what I was sitting there thinking! Dropping the f-word diminishes and distracts from any conversation of substance. What is does is attract attention to the individual using the phrase and this is what I think the intention is, plain and simple, Look At Me I’m the Center of Attention, not what I’m saying but ME! Make’s sense to me, I can’t identify any other reason to use it. Here’s my fix to it: we need to say something to these people, we can’t ignore it or it will only become more acceptable. It’s prevalent in the schools, workplace, and in public and it needs to stop. I’ve heard all the retorts, free speech, it’s my right to speak as I please, and many other assorted reasons. If you want to draw attention to yourself in a conversation try saying something intelligent and well thought out! I think you’d end up feeling much better about yourself and I know others would be much more appreciative of you.