The Thanksgiving That Changed Me 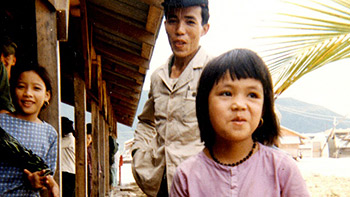 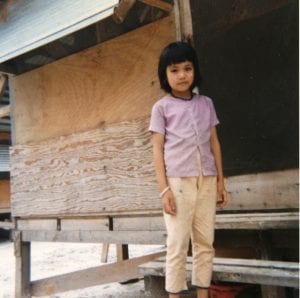 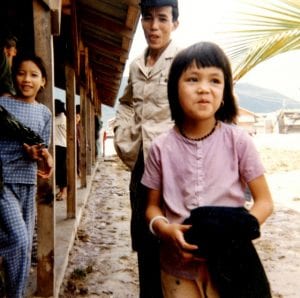 Most days I wake up ready to change the world, then one morning I woke up and the world was waiting: and the world changed me! That’s how I describe Thanksgiving Day, November 24, 1966. I was a young 18-year-old Marine stationed North of Da Nang trying to make sense out of my life and how I was going to survive this struggle. This particular day was of utmost importance to our unit, not only was it Thanksgiving Day but on this day, we had decided to host the children from the local orphanage which was close to our base of operations.

An Experience That Changed Me

A few weeks before we had been out on patrol for several days. On our way back to our base we encountered a small orphanage run by nuns for children that had lost their parents to the war. I know Marines are a rough and tough bunch but that day, that moment, when we made eye contact with those piercing eyes staring through the fence with help me screaming out, I knew I had to do something. After arriving back at our compound I was haunted by the conditions these children were living in and their lack of basic items for survival. We had a Chaplin, Father Anthony Voltz, that rotated out to serve our spiritual needs. I asked him if he thought it would be a good gesture to have the orphan’s out for our Thanksgiving Day celebration. He said he thought it was a great way to share and have a positive influence on the kids but we would have to get it approved through the command. Approved it was and now the day had arrived. With much anticipation the kids were on their way to our compound. We had asked for volunteers to pair up with each child to act as a guide for the day. Most of the men were eager to participate but there were a few who resisted the idea of having potential eyes on the security of the compound. I felt the effort was worth the goodwill and assistance we could provide to these children. The kids arrived and were unloaded off of the truck with the idea to let the natural pairing take place. I was meandering around looking for a sign so I could choose the right child to spend the day with when a little girl that looked to be about six or seven years old stepped out of the crowd. I later learned she was actually nine years old. Our eyes meet and I was hooked for life, she could have asked for the moon and I would have delivered it. Her name was Youn or at least that’s what I came to call her. We spent the day together, she could not speak any English and my Vietnamese was limited, but through an interpreter I learned some of her desires for education and of her limited hopes and dreams. We ate turkey and all the fixings brought out by the cooks. I had a little gift of some wash cloths, soap, brush, and toothpaste for her to take back to the orphanage. The day flew by and soon it was time to say good-bye. We never planned on this day having such moving effects on us but it did! My heart was marked and changed forever.

That visit on Thanksgiving Day gave a new meaning to my life. I have said this before but I’ll say it again, this is how and where I learned the world did not revolve around Art Costello! The Marines taught me many things but Youn taught me the meaning of giving. That night I sat down and wrote a letter home asking my parents to take funds out of my savings so I could buy Youn clothes and the necessities that she needed not thinking about the other children! Then it dawned on me to empty my account so I could help as many kids as possible.

My mom wrote back and said that would not be necessary since she had already contacted family and friends who were taking donations for the orphanage. Needless to say, clothes, supplies, and school materials were coming in by the box loads. The regional newspapers and TV stations picked up the story and it took on a life of it’s own. More people became involved and the efforts continued to reach other areas of Viet Nam as news spread of generosity of so many people. The lesson I learned was that sometimes all it takes is a little action and the results can be huge. These efforts continued for years, growing and helping thousands of young orphan’s in Viet Nam.

The sad truth of this is that over time I lost contact with Father Voltz and lost contact with Youn. I had remained in contact with Father Voltz while he was in Viet Nam but on his return he had turned over the control of the orphanage to others. After the Tet Offensive in 1968, I was told by returning Marines that the North Vietnamese had used the orphanage as a human shield in an attack on the Marine compound and that all the children had been killed and the orphanage destroyed. I have no way of confirming this but my heart and mind have always remained hopeful that Youn survived through the grace of God, and that she went on to live a productive life. Some nights before I say my prayers I wonder if the little girl that climbed up into these arms of mine ever thinks of me, as I sure have thought of her and kept her in my prayers for the last 47 years.

Be thankful this Thanksgiving. Each day is a blessing.